Detailed instructions can be found on the MyAIJA home page.

AIJA members can vote for…

From 25 August 09:00am Singapore time (03:00am CEST) onwards until 26 August 12:00 noon Singapore time (06:00am CEST), AIJA members will be able to vote electronically for the Secretary General of the association. Please read his candidacy letter below.

From 25 August 09:00am Singapore time (03:00am CEST) onwards until 26 August 12:00 noon Singapore time (06:00am CEST), AIJA members will be able to vote electronically for the new Executive Committee members of AIJA. To present your candidacy to the AIJA Executive Committee, please fill out the application form, add your own signature as well as signatures of five other named individual members with voting rights, and send it to elections@aija.org by Tuesday 23 August 2022 at 18:00 Singapore time (12:00 CEST).

The voting on other resolutions submitted to the General Assembly will be possible through electronic voting on Friday 26 August from 11:00am to 12:00 noon Singapore time (05:00am to 06:00am CEST).

The commitment of each member is crucial to the success of the whole organisation. And nowhere is this more evident than during our annual elections.

Once a year at the Annual Congress, the General Assembly of Members is called to elect some members of two very important bodies for the management of AIJA: the Executive Committee and the Bureau. In previous years this had to be done on paper, in person. But early in 2016, when AIJA launched an extensive online survey, members called for a stronger and more effective participation in the life of the association and in particular an e-voting system.

AIJA welcomed e-voting for the first time in 2018 and due to its resounding success the Association has been using it since then. 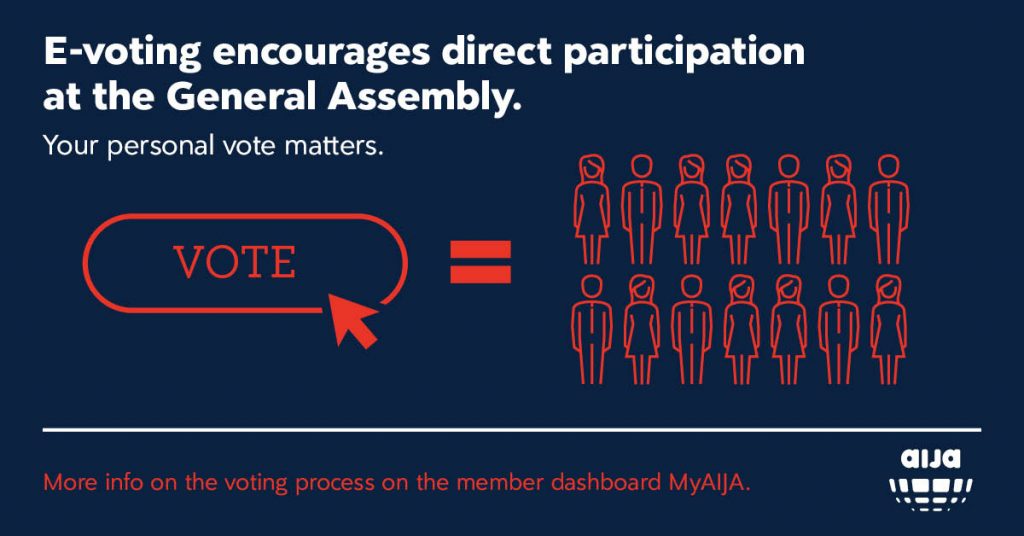 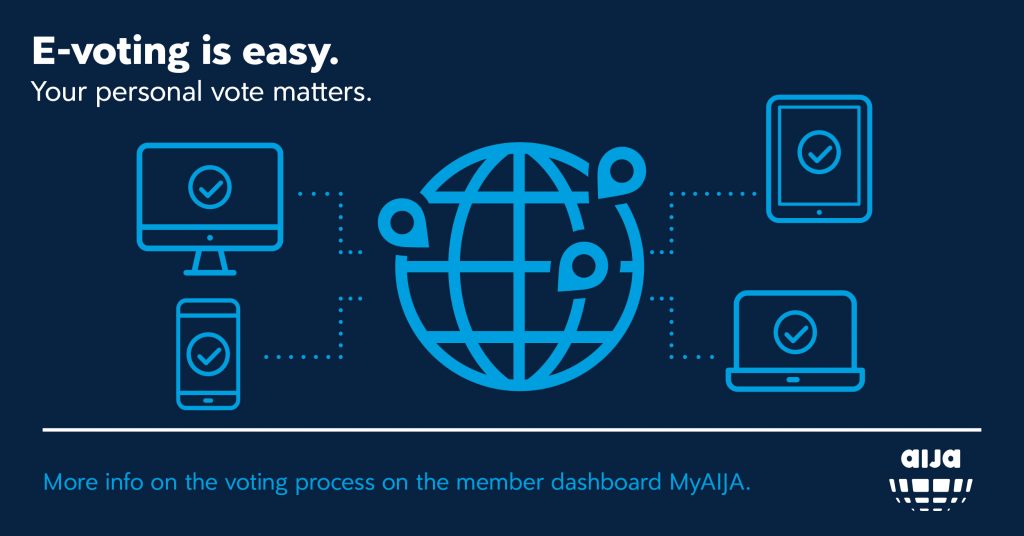 How AIJA members can vote

Electronic voting is easy – AIJA members can vote from any location, on any device. Members will receive in advance a link where they can join and watch the General Assembly, as well as the interview with the First Vice-President candidate and then vote electronically.

If AIJA members are not available to vote electronically during the elections date, they can give a proxy to another member. Instructions are available on the MyAIJA member dashboard.